This is North Folsom 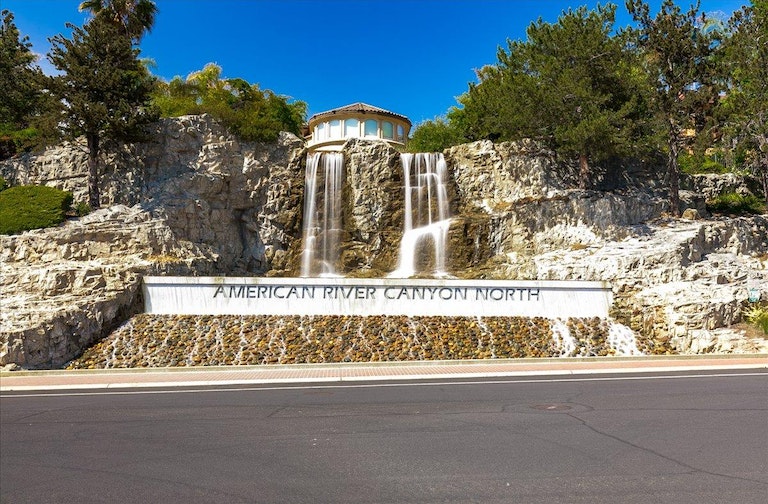 North of The American River

Homes in the original American River Canyon, located south of Oak Avenue Parkway, were built by numerous builders from the early 1980s and into the 1990s. Nearly all of the homes in this area are good to very good quality custom homes on well-landscaped lots. These homes range in value from the high $ 400,000s to the mid $ 600,000s. Some of the larger homes with river views sell much higher. There are also some attached cluster homes that sell in the mid $300,000s to the low $400,000s. The Scenic Oaks development, located off American River Canyon Drive, was also built in the 1980s, but most homes are somewhat smaller and most sell in the mid $ 300,000s to low $500,000s. In the late 1980s construction started on homes north of Oak Avenue Parkway in American River Canyon North, known for its waterfall entrance. These custom homes tend to be larger and superior in quality to those to the south. Prices in the area range from the high $500,000’s to about $1.25 million. A gated community, the Cascades, is adjacent to American River Canyon North. Homes and lots at the Cascades are smaller than the custom homes in the area and sell in the low to mid $300,000s to mid $500,000s. Although these are the larger defined neighborhoods in this area, there are many homes, both custom and production, on both sides of Folsom-Auburn Road. In addition, there are a couple of senior mobile home parks and some apartment complexes on this side of the river.

Since the opening of the Historic Truss Bridge in 2000, homes on the west side of the river are connected to the extensive network of walking and bike trails within the city. The area is also very convenient to Lake Natoma and the State Park at Negro Bar along the American River. Lew Howard Park with the Rotary Clubhouse, located along Oak Avenue Parkway, is the largest city park in the area. Shopping on this side of the river is limited with two grocery stores and some specialty shops.