Looking for that downtown feeling? You got it! 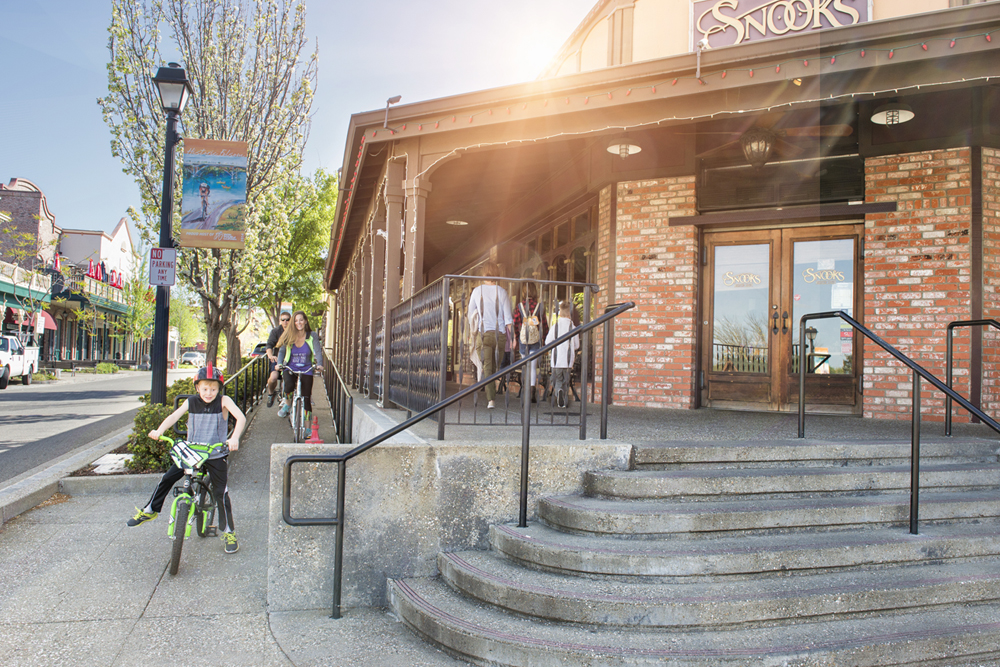 Folsom has a few distinct shopping locations to choose from. For that quaint and boutique feel, head to downtown Sutter Street where you’ll find plenty of beer bars, wine bars, steak houses, art galleries & more. Looking for a little more commercial and mainstream, head over to the gorgeous outdoor Palladio Mall where designer handbags and a cocktail await. 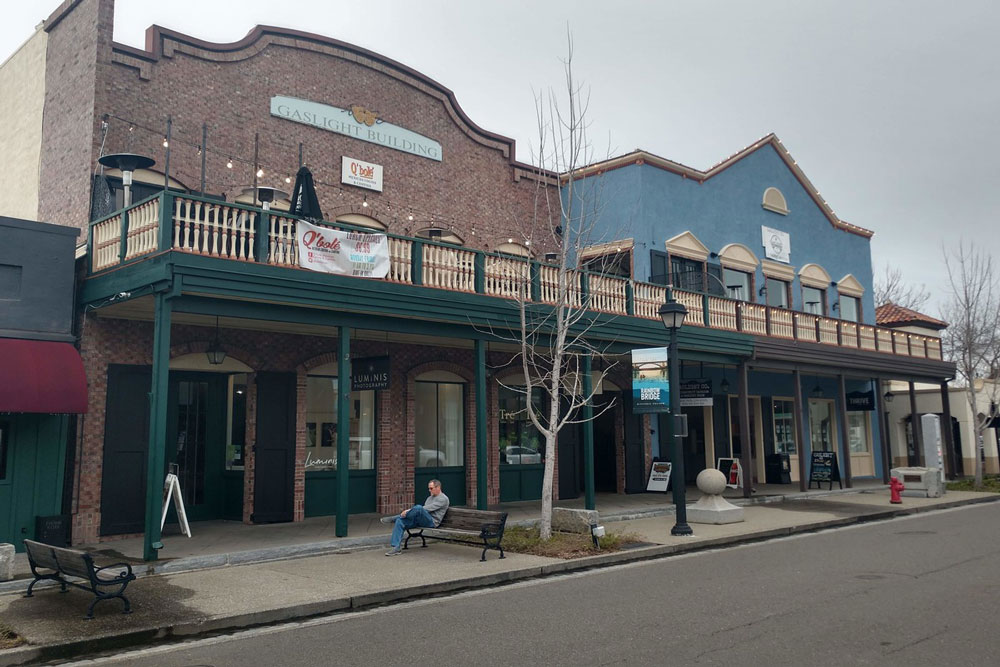 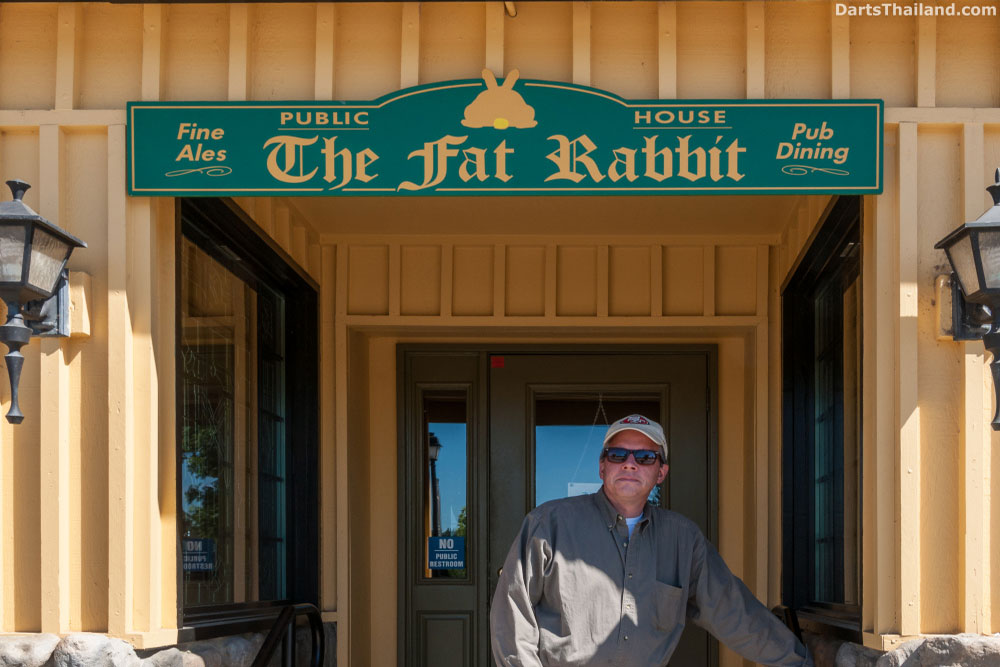 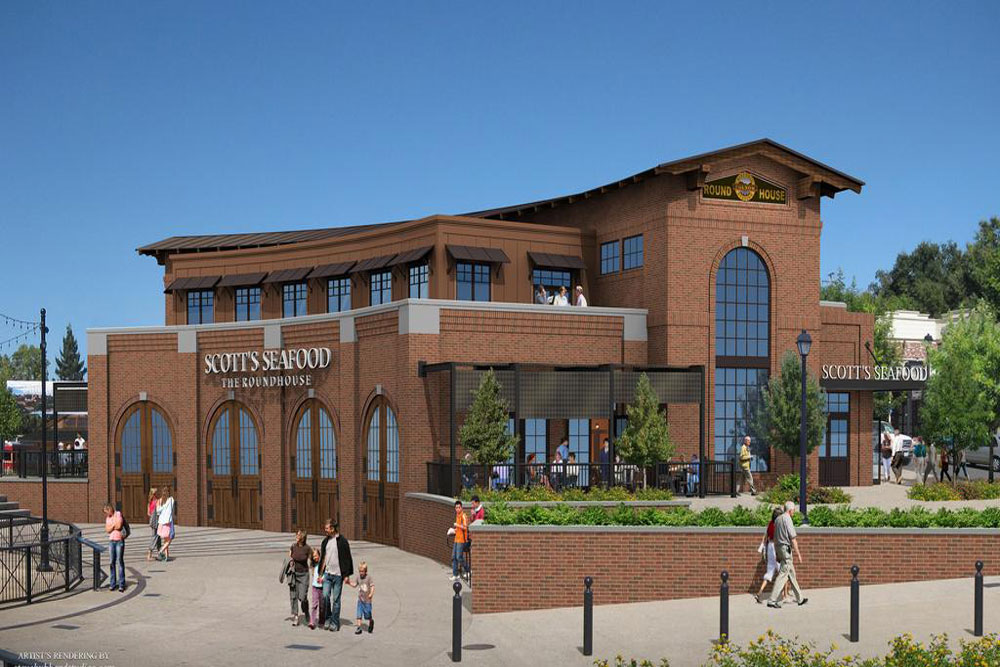 “People are coming back and they like what they see,” said Jim Snook, owner of Snook’s Chocolate Factory in the heart of Sutter Street.

Folsom Lake Bank President Bob Flautt stepped out onto Sutter Street and paused. “It’s really looking good. You can see how it will look when it’s finished,” he said. “I thought it would look nice, but I didn’t think it would look this nice. It’s all the little touches.”

Sutter Street has a long and fascinating history. It was first laid out as the city’s main street in 1855 when Capt. Joseph Folsom hired Theodore Judah, a surveyor and railroad engineer, to lay out a town that would serve as a railroad terminus. The site was 19 miles east of Sacramento, next to the American River, on land that was part of a Mexican land grant purchased by Folsom from the estate of Alexander Leidesdorff. The grant was named Rancho Rio de los Americanos. In 1856 the 90-block town was named Folsom, after its founder, who died the preceding July.

Since the middle of the 19th Century, Sutter Street has always been the ‘heart’ of Folsom. A 3-block strip of stores, restaurants, and bars highlight a part of Folsom that has gone largely unchanged since 1851. While the tenants may have changed over the years, the look and feel of old Folsom truly brings you back to the days of the Gold Rush.

Some of the original stores have remained the same for over a century, such as the Folsom Hotel, which now is still a popular night spot on the weekends in its downstairs bar. Some other popular spots along Sutter Street includes Yager’s Taphouse, the Powerhouse Pub, Snook’s Candies, and the Hacienda Mexican Restaurant. This area has become a popular place for local suburbanites and Intel employees to bar-hop on the weekends.