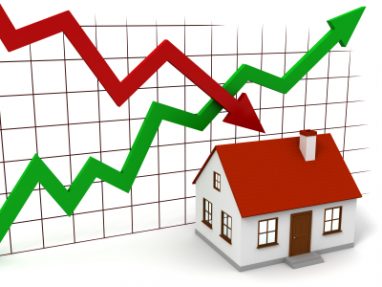 I’ve plopped down in front of the computer every day over the past 2 weeks, in an attempt to answer the question, ‘how has the coronavirus affected the housing market?’

Each time I start, each time I fact-check, things seem change.

I guess those changes are going to keep coming, so let’s deal with what we know today. This is about the Sacramento market in general, but my guess is this is happening throughout most of the country.

So, is the market up or down, you ask? The short answer is ‘yes is is’.

Here are some facts and observations for you to consider, while you sit there in your Spider Man pajamas:

So that killed the market, right?

So, that made it ok to show and list homes?

Not so fast. From the beginning, the CISA memos left it up to local jurisdictions to decide what was critical for their communities. Sacramento County did not include real estate, though El Dorado and Placer Counties did.

So, we’re free to get back to business, yes?

Officially, yes, as long as we adhere to social distancing and hygiene  guidelines.

That doesn’t mean, however, that everyone is on board. While some take the green light and actively look for or market homes, there are others who are fearful, even angry that any one would get involved in real estate right now. Here are some stats reflecting the market activity between March 20 and April 7:

So, where are we headed?

I don’t know. Just as some sellers have pulled back from the market, so have some buyers.  Does that mean that we will soon see them come back, or will more pull back?

According to rental marketplace site Zumper’s SacMetro Report , Sacramento rents rose 7.4% over the past year, with an average 1 bedroom going for $1300.

According to financial data aggregator Nerdwallet, today’s average 30 year fixed mortgage rate stands at 3.25%.  At that rate, a $300,000 loan would have a payment of $1306 (note that credit, debt, income and other factors can affect that figure one way or another).

Appraiser and blogger Ryan Lundquist did a recent poll, with 38% of respondents saying that they would buy a home during this pandemic, and 26% called it a maybe. Always insightful, his blog is worth a read

In the end, I take the numbers, the news, the rumors, the chats and the blogs, throw them all together and then take a guess.

I’m an eternal optimist, but also a realist. Can’t I be both? I think that once we get back to some normalcy, whatever that looks like, more buyers will come into the market, drawn by the low interest rates, and more sellers who’ve been waiting for the right time, will see this as an opportunity to cash out.  Can that drive down prices? Sure it can, but with cheap money, I expect that competing buyers may be willing to offer more, since money is cheap.

If you are buyer who needs to buy soon, know that rates are low, making housing more affordable, and there is inventory out there.

If you need to sell soon, know that there are buyers out there, ready willing and able.

If you’re happy where you are and don’t have immediate plans for moving, just stay put, and we’ll wait it out.

Let’s just hope, wish, pray and do our part to help end this pandemic as quickly as possible.

Be safe out there.

Steve Heard is a Realtor based in Folsom CA

with EXP Realty of California, Inc.