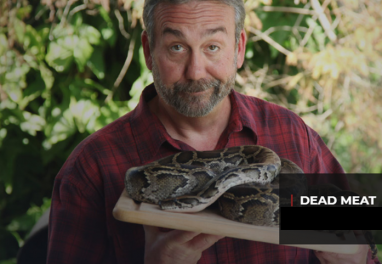 Did you know we’ve got a world-infamous celebrity chef right here in Folsom? That’s right.  Scott Leysath, host of ‘The Sporting Chef’, is a hunter, fisherman, and chef, and as he tells it, he’s funny, too.

Scott has traveled the globe, creating dishes both rustic and elegant, from wild Alsaskan Salmon to grilled South African springbok.

Now, on the new season of  ‘Dead Meat‘, which premiers this Saturday on the Sportsman Channel, Scott will be seeking out and cooking the ‘critters less commonly eaten’, and introducing us the people who know where and how to get them.

Asked how he would describe it, Scott said, “Dead Meat is about finding interesting people who have a passion for making some of the ugliest critters taste delicious. They’re passionate about getting the most from the creatures and the parts of animals less eaten. I just hang out with others who make the assumption that, ‘If it’s worth killing, it’s worth eating.”

He went on to say, “The show is edgy, outrageous, funny and maybe just a little scary to those who don’t keep a freezer full of pythons, sea cucumbers or rodents. Think ‘Swamp People’ meets Anthony Bourdain.” 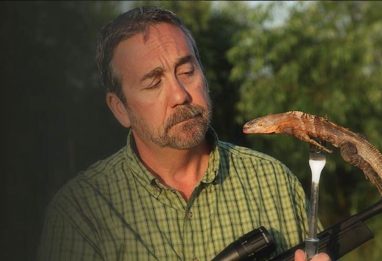 Among this season’s treats will be shad caught on the American River, cooked by the chef from the Firehouse Restaurant in Old Sacramento, lionfish and stringrays down in Florida, and local rattlesnake prepared for a somewhat apprehensive group of Folsom locals.

Sounds…yummy? Scary? Either way, don’t miss Dead Meat, with the new season premier Saturday at 11am Pacific time on Comcast 405, Dish 395 or 605 on DirectTV.