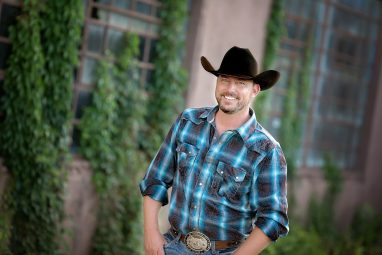 Chad Prather is known for his way with words. He is a comedian, armchair philosopher, musician, and observational humorist. He is often referred to as “the modern day Will Rogers.”

He is a fast-talking combination of Lewis Grizzard and Jeff Foxworthy. Originally from Augusta, GA Chad now calls the Fort Worth, TX area home. He grew up working with horses (an industry he is actively involved in) and is often recognized by his ever-present cowboy hat.

His social media viral video views are counted in the hundreds of millions. Prather has made numerous appearances on Fox News, CNN, A&E, The Blaze and MSN. He is the host of Ride TV’s “It’s My Backyard” and recently finished his wildly successful “Kings of Cowtown Comedy Tour”.

He has sold-out theaters all over America and is one of the country’s fastest rising and talked about comedians and entertainers.

Don’t miss this chance to see and hear Chad live, at Harris Center for the Arts, Folsom Lake College.