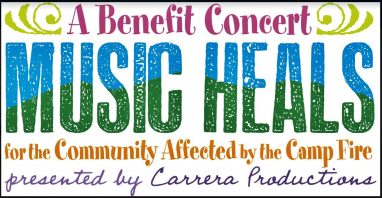 The devastation from the Camp Fire will be felt throughout the communities affected for a VERY long time.

MUSIC HEALS at Harris Center in Folsom is one of the many benefit concerts organized for the sole purpose of providing funds directly to the families that have endured the most destructive fire in California State history.

The proceeds from this concert will be sent directly to the North Valley Community Foundation – 501 (C) (3) in Chico.

Please visit the NVCF website at nvcf.org for information regarding the efforts being made to support the families impacted by this tragic disaster.

When the doors open for this event, beer and wine will be available for purchase prior to the show and during intermission. Our non-profit partner managing this beverage service will also donate these proceeds to NVCF! 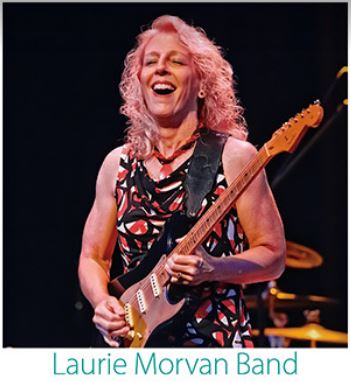 Laurie Morvan Band is a 5-piece high energy, rockin’ blues band lead by its fiery female lead guitarist/vocalist. This tight-as-nails machine from Long Beach has fired up over 70 festivals and 700 shows together throughout the US, Canada and Europe. Laurie’s much anticipated 6th CD “GRAVITY”, released this year, was an immediate hit with both fans and critics. “Morvan has all the soulfulness of Bonnie Raitt and the swaggering, muscular guitar tone of Stevie Ray Vaughan” –News Gazette. 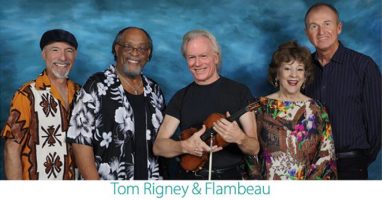 Tom Rigney is one of the premier Roots Music fiddle players on the planet. His band–Tom Rigney & Flambeau– specializes in blazing Cajun two-steps, low-down Blues, funky New Orleans grooves, Boogie Woogie piano, and heartbreakingly beautiful ballads and waltzes. Much of the repertoire is composed by Rigney, but they mix in a few classics from the Cajun/New Orleans songbook. Along the way you may pick up a trace of Rigney’s Irish roots, or echoes of Eastern Europe — it just makes the musical gumbo that much tastier! Rigney’s high-energy showmanship pulls the audience into his performances and makes them feel they are a part of the music and the show. 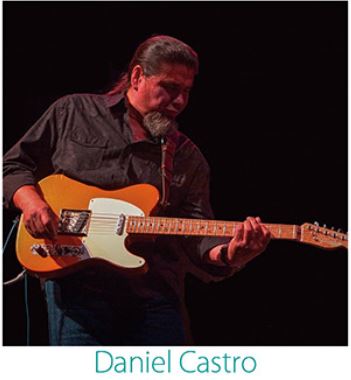 Describing Daniel Castro as a blues artist doesn’t begin to tell the whole story. A highly accomplished guitarist and singer/songwriter with a strong musical point of view grounded in the very best blues traditions is more like it. Combine those talents with original blues-based material and you begin to understand Daniel’s strengths as an artist. “He’s got that real deal feel. Daniel Castro is a great musician and entertainer.” — Elvin Bishop 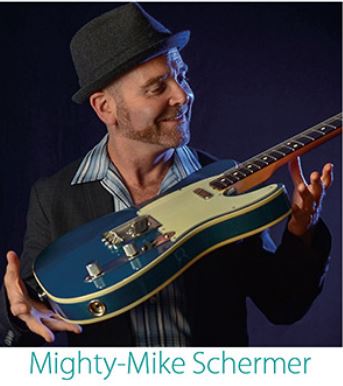 Mighty-Mike Schermer was a fixture on the Bay Area blues scene for over 20 years when he relocated to Austin TX in 2009 and joined the touring band of swamp-boogie piano legend Marcia Ball. He carved out a solid solo career, with four critically acclaimed CD’s and award winning single and thousands of performances at festivals and nightclubs the world over. He also became the “go to guy” sideman for such heavyweights as Elvin Bishop, Maria Muldaur, Angela Strehli, Bonnie Raitt, Howard Tate, Charlie Musselwhite, Sista Monica, Shana Morrison and many more. Oh yes…we may be judged by the company we keep, but when the spotlight shines a solo artist must be able to bring the goods all on his own. Mighty-Mike Schermer delivers on all fronts.

“Roy Rogers means the modern master in the art of slide guitar…His versatility with the technique is nothing short of astonishing.” — All Music Guide Virtuoso slide guitarist and Grammy nominated songwriter/producer and recording artist Roy Rogers remains defiantly upbeat on his 12th solo album Into the Wild Blue. Even though 64 year-old Rogers has lost longtime friends like blues legend John Lee Hooker, his recent recording partner of eight years, Ray Manzarek of The Doors, as well as his younger brother Robert – he says “life’s too short” to wallow in our grief or what we have lost. “I want to celebrate life through my music.” Into The Wild Blue wails, squawks, stomps and boogies with authenticity — ready for the open road and the live stage. Years of working with the likes of John Lee Hooker, Bonnie Raitt, Carlos Santana, Sammy Hagar and Steve Miller has given him a pop musicality.