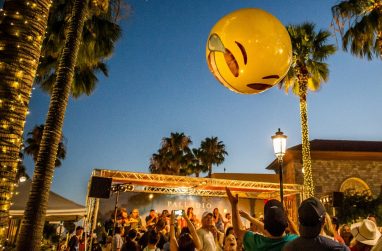 Summer in Folsom means music! Live music, for free, 3 nights per week at 3 unique locations, with its own vibe.

Palladio concerts kick off the week on Wednesdays at 7pm.  Located in the plaza, the best seats are up front, close to the band and the dancefloor. There are limited patches of lawn for spreading out blankets and low-rise chairs toward the back, with cement areas more suitable for chairs along the sides.

Views can be obstructed by tree and art pieces, but it is a beautiful spot, and they bring out the big guns for the music, with a focus on high quality cover bands.

The official rule is that you cannot bring alcohol. Maybe there’s water in those red Solo cups.

Park in the garage, the big lot near Whole Foods, or the one by Nordstrom Rack.

If it gets too crowded head to one of the Palladio’s great restaurant choices; Chicago Fire Pizza and the new Back Bistro  are my faves. The bistro also has a Wednesday late happy hour!

Wednesday evenings at 7pm through August 29

August 22 – The Spazmatics – Nerds that Rock! 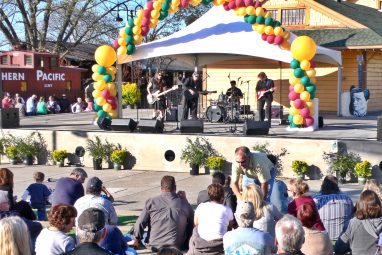 The Folsom Historic District concerts are held at the amphitheater, in the heart of the Railroad block. It’s a cozy venue with excellent sightlines.

Park for free in the nearby garage, and there is limited street parking as well.

If you enter from the back/top of the amphitheater, not that looking down toward the stage, it can be difficult to tell where the open seats are. Send a scout to the bottom and look up.

Be sure to visit the District merchants. It’s easy to walk up and grab a burrito to go from the Sutter Street Taqueria (say hi to Rosario), or a brisket sandwich from Heckle Ale House.

Note that there is construction going on for the new Round House building, which will soon house Scott’s Seafood and Willamette Valley Winery.

Every Thursday at 715p through July 26 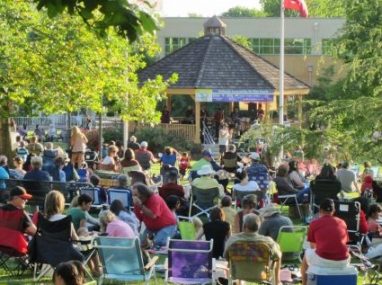 Folsom Concerts in the Park happen every Friday night at Lions Park.

There is plenty of room to spread out. Bring a chair and sit up front by the gazebo, or head for the trees to get some shade. Lots of room for kids to run around. Bring a picnic.

Every Friday at 7pm through July 27

June 15 – Keep on Truckin – Music of the Woodstock Generation