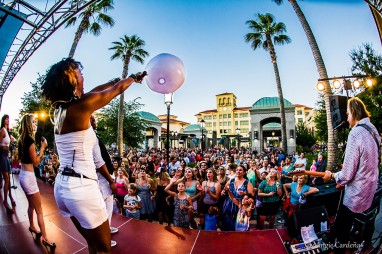 It’s that time of year again; the weather is hot and so is the music!

Folsom continues the tradition of live music outdoors, with free family friendly concerts 3 nights per week. All run from 7pm to 9pm.

Check out the schedule:

Take note: Upscale outdoor mall setting, vehicle traffic close to the venue, 2 parking garages and 2 large lots, no booze.  Dancing and seats up front, though sight lines can be blocked by trees and art work from the back.

June 15 – BOYS OF SUMMER – A Tribute to The Eagles

August 17 – FLOCK OF SEAGIRLS – Ladies of the 80s Tribute

Take note: Casual amphitheater seating, can appear more crowded than it is. Squeeze in. Not much play space for kids, though the plaza is right behind it. No booze policy. Park in the garage. Limited street parking.

Take Note: Casual, spacious, plenty of room for the kids, though be careful of the mini train that runs through. Bring a picnic, drink responsibly. Park in community center lot. Limited Street parking.