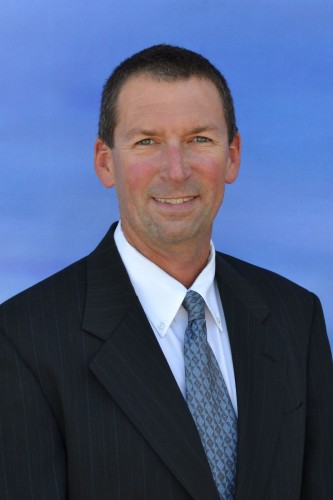 Approximately 250 business and community leaders gathered for the annual sneak peak at the mayor’s State of the City address yesterday at a luncheon at the Lake Natoma Inn, presented by the Folsom Chamber of Commerce.

For $35 to $45 per person, guests were treated to a buffet lunch, and had the opportunity to meet and mingle with business owners and city leaders.

Folsom Mayor Andy Morin wore one of his two neckties (he brought the other one along to prove that he does indeed own two) to make his presentation.

Among the highlights of the speech:

Unemployment in Folsom now stands at 3%, the lowest in the region.

Folsom added several new businesses in 2014, including the new Safe Credit Union headquarters and the VSP lens manufacturing facility, each of which brought hundreds of jobs.

Coming soon will be the Staybridge Suites hotel, which is near completion, and the recently announced Nordstrom Rack, which will be located in the space previously occupied by Toby Keith’s. He also noted that development of the ‘Railroad Block’ in Folsom’s Historic District will be moving forward this year.

Mayor Morin also thanked the community for volunteerism, noting that over 1100 people volunteered for the first annual community service day this past October.  He said that organizers for the Amgen tour usually have difficulty finding enough volunteers for their cycling events, but when it came to Folsom, more people were willing to volunteer than were needed.

The city has been able to increase the budget surplus by $2,000,000 and eliminate some debts without raising taxes.

Regarding water, the mayor said that Folsom Lake has nearly 300,000 more acre feet of water than a year ago, and Folsom has rights to 34,000 acre feet of it. Through conservation, the city is using about 2/3 of that amount,  but we still need more rain.

Green Valley Road will be widened to 4 lanes, easing traffic congestion between Folsom and El Dorado Hills, and some of the infrastructure development south of Highway 50 may begin soon.

He also jokingly took credit for the Folsom High Bulldogs football team’s undefeated season and State Championship victory, noting that he was also mayor the last time they won, then he took off his shirt and tie to reveal his State Champion t-shirt.

Mayor Morin will be repeating his speech Tuesday January 27 at Folsom City Hall during the City Council meeting.