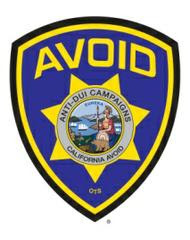 Cinco de Mayo is a celebration commemorating the Mexican army’s 1862 victory over France at the battle of Puebla during the Franco-Mexican War.

Today, many Californians spend the day with friends and family celebrating Mexican culture and heritage by attending parties, barbecues and festivals. With alcohol such a big part of many people’s Cinco de Mayo festivities, it’s no surprise that drunk driving is especially high on May 5th.

To help stem the roadway tragedies, the Sacramento County Avoid the 17 DUI Task Force is joining with others across the state and nation to remind partygoers that drunk driving should never be part of your Cinco de Mayo plans.

Special DUI Saturations Patrols will be deployed this weekend in Elk Grove, Sacramento and the unincorporated area of Sacramento County looking to identify and stop suspected drunk drivers. Additionally, every routine traffic and patrol officer assigned to duty will be on heightened alerted to prevent another senseless tragedy.

“Cinco de Mayo has unfortunately become one of the most dangerous days of the year, all because of drunk driving,” said Chief Cynthia Renaud, Folsom Police Department. “Some people have this misconception that they can drink a little, and drive safely,” she added, “but that’s just not true. Everyone needs to remember that Buzzed Driving Is Drunk Driving, and there’s never an excuse for it.”

From 2011 to 2012, the number of people killed in drunk driving crashes on Cinco de Mayo more than doubled. In all fatal crashes in 2012, seventy-one percent of the drunk drivers involved had blood alcohol concentrations (BAC) of .15 or higher—almost twice the legal limit.

Here’s the worst part: These drunk-driving deaths were 100-percent preventable. “We just want everyone to have a safe and happy Cinco de Mayo, by taking a few minutes ahead of time to get a plan together,” said Chief Renaud. “No one ever plans to drive drunk, they just don’t have a different plan, so they make a terrible decision.”

The following tips will help you have a safe and memorable Cinco de Mayo celebration:

1) Plan your ride ahead of time:
• Designate your sober driver before the fiesta begins; you might even consider paying for their food and non-alcoholic drinks; or
• Call a friend or taxi, or use public transportation; or
• Use a sober ride program like Last Call Sacramento to get home.
2) Report Drunk Drivers! Call 9-1-1. You could save a life.
3) If you know people who are about to drive or ride while impaired, take their keys and help them make other arrangements to get to where they are going safely.

“It’s a real tragedy that 10,322 people were killed in drunk driving crashes in our nation in 2012,” said Chief Renaud, “we’ve got to put a stop to it.” Many lives have been lost or shattered due to drunk driving. Death and injury are the worst consequences, but they aren’t the only ones. A DUI can cost you about $10,000, and you could go to jail and lose your driver’s license.

This Cinco de Mayo, Sacramento County’s Avoid the 17 DUI Task Force is cracking down on drunk driving, and those who are caught will be arrested. And think again – refusing a sobriety breath test won’t keep you out of trouble. Refusal can result in enhanced penalties, including immediate loss of your driver’s license.

Remember, drunk driving is never the answer, and there’s always another option. If you are going to drink at all on Cinco de Mayo, designate a sober driver, because Buzzed Driving Is Drunk Driving.

The Avoid the 17 DUI Task Force funding is provided by a grant from the California Office of Traffic Safety, through the National Highway Traffic Safety Administration. The next county wide DUI task force deployment will be for the Memorial Day Holiday Weekend, May 23rd – 26th.