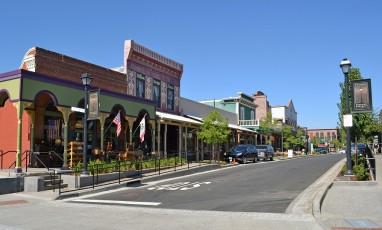 The Council is set to vote tonight on a resolution establishing much of the Folsom Historic District as the City’s first ‘entertainment district’.

If passed, the City will have the power to regulate what kind of entertainment is allowed, the hours it can be offered, and what kind of security and other measures that must be taken in order to comply with the new ordinance.

These new measure were prompted by months, if not years of complaints from Historic District residents concerned about noise, crime, litter, parking and other problems they face with the growing popularity of the district as an entertainment destination.

Live entertainment would be limited from 8am to 11pm during the week, and until 2am on weekends, with exceptions for holidays and special events.

One of the biggest challenges may be in limiting audible noise to 50 feet beyond the property lines of the premises, which can be tough for venues with amplified music, such as the Folsom Hotel and Hampton’s, each of which features live music adjacent to their front doors.

Unarmed security guards will be required, 1 per 50 guests, for those providing entertainment after 1130pm.

Businesses may also be held responsible for litter, vandalism and police calls to their establishments.

Folsom Mayor Steve Miklos says, “We’re not trying to put bars out of business, we just want to keep the district safe for everybody.”

What do you think? Discuss in the forum:  http://www.tomatopages.com/folsomforum/index.php?showtopic=39933