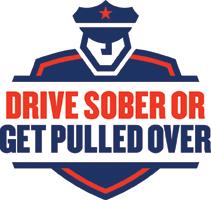 This holiday season, Police, Sheriff and CHP will be out in force cracking down on drunk drivers throughout the region with aggressive Drive Sober or Get Pulled Over enforcement. From Dec. 13, 2013, to Jan. 1, 2014, state and local law enforcement will be watching for drunk drivers to help keep roads safe for holiday travelers.

The Avoid the 17 DUI Task Force will be aggressively looking for drunk drivers this holiday season with plans in place for 17 DUI/Drivers License Checkpoints, a Multi-Agency Strike Team, 17 local roving DUI Saturation Patrols, a DUI Warrant/Probation Sweep and a DUI Court Sting targeting suspended drivers who were ordered by the judge not to drive. (**See below for the Schedule of Operations for the 20 Day Mobilization for dates and city locations)

The Avoid the 17 DUI Task Force is giving fair warning to all partygoers. “You’ll see us making lots of stops during this highly visible enforcement period and if we suspect anyone is driving while intoxicated, officers will show zero tolerance for drunk driving,” said Chief Cynthia Renaud, Folsom Police Department.

Unfortunately, the excitement and celebrations of the holiday season can lead to terrible decisions– and serious legal consequences.
Data shows that the holiday season is a particularly deadly time due to the increased number of drunk drivers on the roads, and every law enforcement agency in the county is prepared to stop and arrest any drunk driver they see to keep roads safe.

Nationally in the four years from 2007 to 2011 there were 4,169 people killed during the month of December in crashes that involved drivers with Blood Alcohol Concentrations (BAC) of .08% or higher. In California during those same five Decembers, 505 were killed and thousands seriously injured.

According to the National Highway Traffic Safety Administration, 32,367 people were killed in motor vehicle traffic crashes across the nation in 2011, and 31 percent (9,878) of those fatalities occurred in drunk-driving-related crashes. Californians witnessed at total of 2,835 deaths with 774 killed in DUI crashes on their streets and highways.

“The December holiday season is the ‘most wonderful time of the year,’ and we are going to keep our roads safe for travelers heading to visit friends and family,” said Chief Renaud. “This holiday, we will show zero tolerance for impaired drivers on the road. If you choose to drive drunk, we will be looking for you, we will stop you, and you will be arrested.”

Drunk drivers often face jail time, the loss of their driver licenses, higher insurance rates, and dozens of other unanticipated expenses ranging from attorney fees, court costs, car towing and repairs, to lost wages due to time off from work. Even worse, a drunk driver can cause a traffic crash that claims someone’s life, or their own.
Please follow these tips to keep the holidays safe and happy:

• Even one drink can impair your judgment and increase the risk of getting arrested for driving drunk—or worse, the risk of having a crash while driving.
• If you will be drinking, do not plan on driving. Plan ahead; designate a sober driver before the party begins.
• If you have been drinking, do not drive. Call a taxi, phone a sober friend or family member, or use public transportation.
• Be responsible. If someone you know is drinking, do not let that person get behind the wheel.
• If you see an impaired driver on the road, contact law enforcement. Your actions may save someone’s life, and inaction could cost a life.

Remember, it is never safe to drink and drive: Drive Sober or Get Pulled Over.

Avoid the 17 DUI Task Force funding is provided by a grant from the California Office of Traffic Safety, through the National Highway Traffic Safety Administration that reminds everyone: Report Drunk Drivers! Call 9-1-1.
Winter Holiday Mobilization Schedule of Operations