Late last night, Marco Cabrera, 32, managed to escape the minimum security wing of Folsom Prison. Before he was discovered missing, Cabrera stole a car from Esplenade Circle in Empire Ranch. Cabrera crashed the car and took off in to a wetlands area – The search was called off after a long search, but was later found Monday evening. Cabrera was serving a 5-year sentence for assault with a firearm, transport/selling of marijuana, injury to a spouse, possession of an assault weapon, possession of a firearm by an ex-felon and possession of ammunition by an ex-felon. 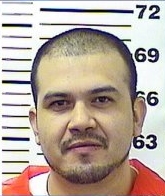 * Discuss in the Forums